Wasps are bees’ more aggressive, more territorial, meaner cousins. They are capable of multiple stings and don't hold back when push comes to shove. A wasp would have no problem injecting you with venom multiple times. This can be a real problem since that same venom can be used to paralyse a tarantula. In most cases, you would want them at a safe distance. Wasp control is one of our more popular services, but that doesn’t mean wasps don’t have their place in the world.There are more than 10,000 native Australian wasps. They are not as good at pollination as their hardworking kin, yet they still hold a crucial role in the Australian ecosystem. Wasps perform natural pest control services. They keep in check many different bugs that may otherwise be harmful to your garden. They also help with the reproduction of figs (which they live and die inside of - bon appetit!). Finally, some species often scavenge for dead insects, paper, small debris, and that may cause them to come at odds with us. And no one wants to have their tool shed, garage, or attic infested by small, angry-looking, buzzing, aggressive insects. They provide a lot more nuance than bees, ranging from relatively docile to absolute nightmares! 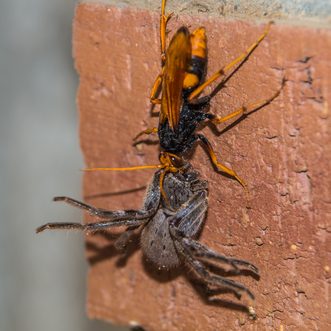 Spider wasps take their name from their peculiar breeding habits. Most wasp species create a nest and lay their eggs there. Not these wasps! They instead turn the hunters into the hunted.


In order to procreate, the rather large orange and black spider wasp looks for the biggest spider it can find. Then it paralyzes it, drags it to her nest and lays her legs inside of it while it’s still alive. The venom doesn’t kill it. The vital organs remain intact so that they can be fresher the longest.

When the larvae hatch, they begin munching on the helpless spider. It dies away in quiet agony. Nature is truly scary!

Fig wasps in Australia have evolved in symbiotic relationship with fig trees. The wasp is brown-golden in colour and needs the tree in order to survive. The fig needs the wasp in order to procreate. Perfectly balanced!

Naturally, the wasps only live in areas around fig trees. The females fly into the fig and lay their eggs there. This is their last trip, because they often tear their wings out as they enter the fig. Once the eggs are detected, the fig isolates them and provides them with nutrients.

The male hatchlings stay inside the fig. The females fly outside to find another fig with males inside. Once the female enters the fig, it pollinates it and the cycle can continue. 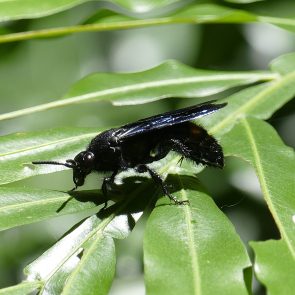 
Black wasps are native australian wasps that are, well - black, with bluish wings. The adult wasps feed mostly on nectar and help pollinate native plants. This makes them a valuable member of the ecosystem. But there’s another, less widely known use for them.

The black wasp larvae feed on grubs. The adult female lays her eggs underground in the presence of grubs and the larvae being eating the grubs once they hatch. Since grubs can be harmful to plants, this makes them especially useful for gardeners. 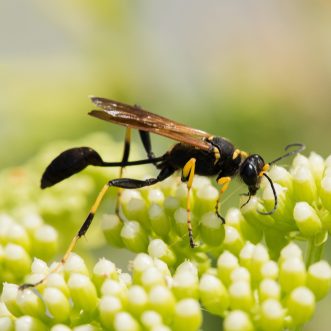 The more creative of the bunch. Mud-dauber wasps are solitary and build pottery-like nests from mud. They are very adept at creating mud nests with perfect shapes. They grow up to 3 cm and a red and yellow in color.

Like other wasp species, the larvae are carnivorous. Mud-daubers often place one or several spiders in their nest before the eggs hatch so the larvae have something to eat. Although not very aggressive, their venomous sting can still be very painful. 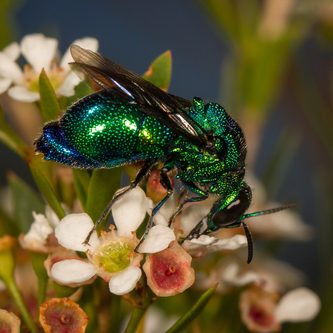 We can’t talk about the mud-dauber without mentioning the cuckoo wasp. Cuckoo wasps are bright green or bluish. They are parasitoids or kleptoparasites. This means they live at the expense of their host species by either killing and eating them (parasitoids) or by eating their food (kleptoparasites).

The female cuckoo wasp lays her eggs inside the nest of another wasp, most often a mud-dauber. Once the larvae hatch, they either eat the mud-dauber larvae or they eat their food. Either way, the mud-daubers don’t make it to maturity.

Cuckoo wasps have evolved protection from stings and mandibles and they have excellent defensive capabilities. Most of them can’t sting, though. 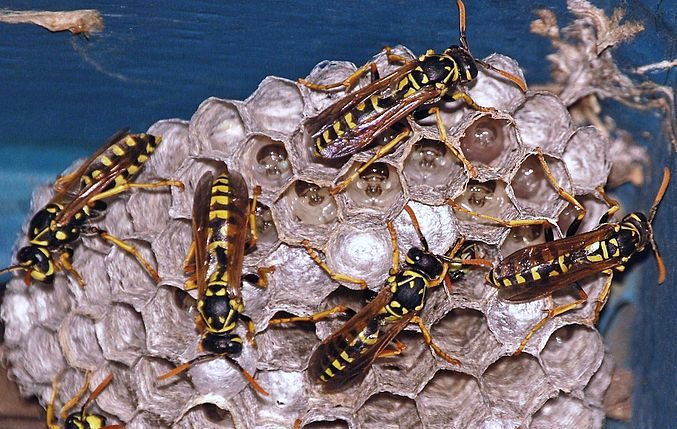 It is a very common type of wasp nest you can easily encounter. Paper wasp nests are usually constructed under eaves or in tree branches. You can often see them hanging, with wasps flying around. They feel papery because they’re made out of chewed up wood fibers and wasp natural secretion (they literally apply spit on it). Australian paper wasp nests aren’t usually all that big. 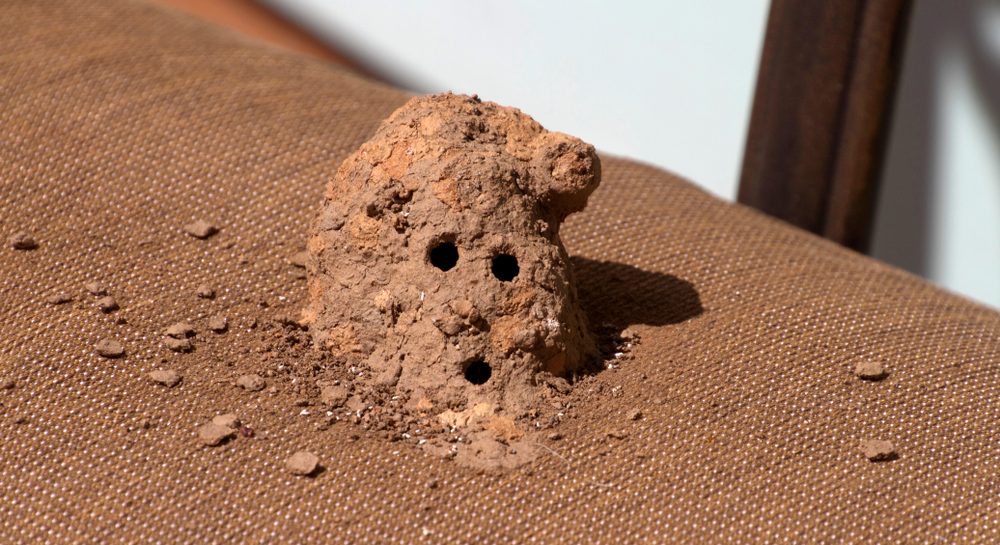 Mud-dauber nests look like small pieces of pottery attached to your wall. They usually inhabit territories close to humans and are easy to identify with their interesting look. You shouldn’t be surprised if you find a mud-dauber wasp nest in your shed. For more in-depth information about wasp nests, check out our Fantastic guide to wasp nests!

Just like their cousins - the bees, solitary wasps live independently of one another. Each female creates her own nest and preps it for the hatching of her eggs. This makes them vulnerable to cuckoo wasps. Most native Australian wasp species are solitary.

In order to avoid some of the downsides of being solitary, particular wasp species have evolved to work together. All females are still fertile, but they share the same nest and always have one of them keeping watch.

Social wasps have a social structure with a queen, workers, and males (drones). The queen is the only one that is fertile, causing the end of the colony if she dies.

If you have a wasp infestation, this would be the most likely culprit. The most popular of these are the European wasps. As the name suggests, they are not native to Australia but an introduced species. However, due to their fast reproduction, they started to affect the ecosystem.

Signs of a Wasp Infestation

If you see wasps buzzing around, this should make you suspicions enough to check for a wasp infestation. European wasps, for example, are notorious for using small holes to get inside of cavities and build their nests there. For the most part, wasps aren’t dangerous unless you’re allergic. Even if you are not allergic, a sting can be quite painful so take care.

You can usually spot a paper wasp nest under eaves, in trees or in bushes. Be careful if you decide to investigate. They can be extremely aggressive when defending their nest and they have a painful sting. Unlike bees, they can sting multiple times. To top it all off, once you get stung, a signal is sent to the rest that you’re a threat and you will get attacked from multiple sides.

Book an inspection
This site uses cookies. By continuing to browse the site, you are agreeing to our use of cookies. Find out more.